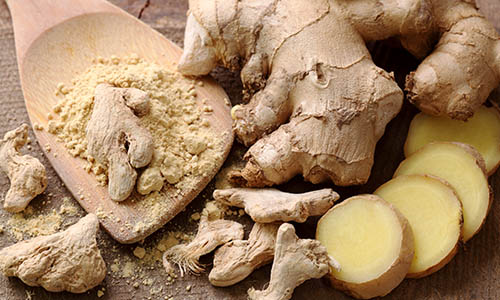 Ginger has long been a home remedy for digestive issues like nausea, gas, and irritable bowels. It is even used by some pregnant women to ease morning sickness and for relief of nausea due to certain medical treatments. It’s no wonder that health promoters have jumped on the opportunity to condense it into an easily digestible form of ginger root extract.

Ginger root extract is the extract of the ginger plant rhizome, which is the horizontal stem from which ginger roots grow. It is considered to have anti-inflammatory and antioxidant properties, among other benefits. Ginger contains a host of polyphenols that are thought to be beneficial to health, which has led to numerous clinical trials to study the effects.

Nausea – The main reason many people resort to ginger as a natural remedy is to relieve nausea. In fact, a systematic review of clinical applications found that 43 clinical trials showed high quality evidence that ginger may be effective for improvement of nausea, among other things.

Another review found enough evidence that ginger should be a viable adjuvant treatment for nausea and vomiting. It is believed that bioactive compounds found in the ginger plant  may boost a healthy inflammation response and improve gastrointestinal mobility, which may be behind this effect.

Interestingly, ginger is also implicated in helping those with chronic indigestion, or ongoing discomfort in the upper area of the stomach. Delayed emptying is thought to be partly responsible for this, and the effect that ginger has on gastrointestinal mobility may play a role in helping to alleviate the problem.

Fight Infections – Ginger contains a phytochemical known as gingerol, which is believed to have antioxidant and anti-inflammatory properties. Gingerol, found in concentrated form in ginger extract, has been found to prevent the growth of certain bacteria. (1)

Another study found the anti-viral effects of ginger were shown to help cells counter viral infection. (2) This may be why ginger is added to the Traditional Chinese Medicine called Ge-Gen-Tang, long used as a remedy for upper respiratory health concerns.

Along with these clinically supported benefits, other indications of ginger include protection from blood sugar issues. Studies and reviews are encouraging and continue to show promise. Since it is an herb with a long history of use in folk remedies, it seems to be a safe addition to any daily regimen to support health.